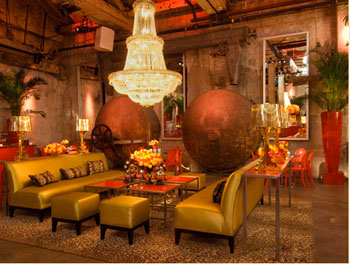 The Fermenting Cellar in The Distillery District

Reach back in time for spaces and places that celebrate Toronto’s past while elevating an event’s profile within a distinctive historical setting. Think mansions that once belonged to our city’s founding families, heritage landmarks, working museums and more.

Here are a few venue options that can help you make event history amid history:

A Toast To Whisky 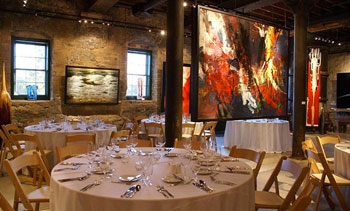 Historical Pedigree: Designated a national historic site, The Distillery District grew from a small wind-powered grist mill in 1832 to Gooderham & Worts, the largest distillery in the world. The area represents the largest and best-preserved collection of Victorian Industrial Architecture in North America.

The Setting: Post-and beam-architecture, towering ceilings and exposed brick walls make a unique industrial-chic backdrop. Stage events in gorgeous art galleries like Thompson Landry, restos and lounges including The Beer Hall at Mill Street Brew Pub and theatres such as the Young Centre For The Performing Arts. The Distillery Restaurants Corp. runs the area’s three dedicated event venues – Archeo, the gorgeous blank canvas of the Fermenting Cellar, and the Boiler House Loft, which opened last May. Opening this spring: Cluny, a new 80-seat private event space and French-style restaurant.

Modern-day Edge: Set your group up with Segways to zip along the pedestrian-only brick-paved streets and laneways on a scavenger hunt.

Event Bonus: Offering an entire package of experiences rather than just the capabilities of a single venue, the area is deal for designing a progressive event with cocktails, dining and activities that encompass several different venues. 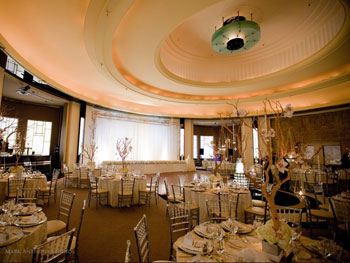 Historical Pedigree: Designated a national historic site, The Carlu is one of the best surviving examples of the late ’30s Art Moderne era, important because it was a very short time frame in history, so architectural examples are more scarce than Art Deco.

The Setting: Thanks to Art Moderne’s emphasis on designing with curves, long horizontal lines and a focus on pleasing interior elements rather than exterior views, the Carlu is almost nautical, cruise ship-like in feel. Four distinct event spaces accommodate gatherings of up to 1,500. The Round Room — a favourite film location — is the most vintage-looking space with its Lalique fountain and lighting, and domed cove lit ceiling. Stellar acoustics, and balcony and main floor seating make the Concert Hall as versatile for gala receptions and large meetings as it is for live performance and screenings.

Event Bonus: Completely multi-functional, the Carlu’s exqusite setting is often all the décor an event requires. 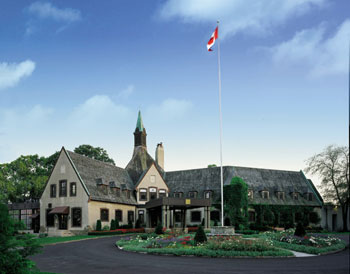 Historical Pedigree: Completed in 1929, St. George’s Golf & Country Club was originally the exclusive country club of the Royal York Hotel. Designed by the legendary Stanley Thompson, the club has hosted many a pro tournament including the Canadian Open.

The Setting: Located on Islington Avenue in Etobicoke, the top-ranked golf course is known for its undulating slopes, hills and challenging greens. The gorgeous turreted clubhouse, situated on a hill, affords a panoramic vista of the 18th hole. Almost English cottage-like in design (a stately one, mind you), the interior exudes Old World charm. There are six event rooms. Main event spaces are the St. George’s room, seating 120, with large paned windows framing Toronto’s distant skyline. Sliding doors open up to the Founder’s Room for an additional 100 seated.

Modern-day Edge: While steeped in regal, historical ambience and décor, the clubhouse is meticulously maintained with modern upgrades including a full audio-visual system and marvelous on-site culinary team. Weddings enjoy the exclusivity of only one held at a time.

Event Bonus: The club donates its course for a charity event once a year. Corporate golf tournaments require member-sponsorship, however, the club’s curling facilities and lounge are available for teambuilding bonspiels.

To The Manor Born 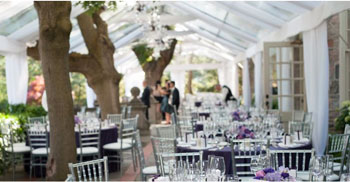 The Setting: Today, four acres of stunning manicured gardens surround the elegant Georgian-style fieldstone mansion. A sweeping staircase presides over the grand entrance and guests can mingle throughout beautifully appointed rooms that include a library and a conservatory with panoramic views over lush meadows, woods and farmland. The main dining room offers a sit-down capacity for 180. Overlooking the breathtaking gardens and three-tiered fountains, a 160-ft. balustrade terrace wraps the length of the manor’s west side and is a spectacular space for outdoor gatherings of up to 250. A Coach House, seating 90 theatre-style, is also available.

Event Bonus: Just arrived: a gorgeous new line of vintage china – all the better to serve the bespoke cuisine created by the in-house culinary team headed by Chef Arpi Magyar. 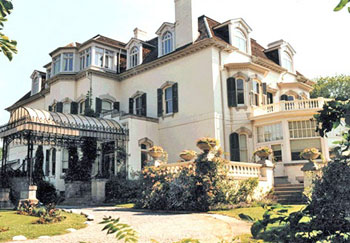 Historical Pedigree: Revel in eras past at one of 10 historic sites operated by the City of Toronto’s Museum Services. Original architecture, décor, captivating tours and programs tell the tale of life back when, from a day-in-the-life of families and a snapshot of our rural roots to military battles and our city’s industrial growth.

The Setting: Eight of the city’s museums offer event hosting capabilities. The largest let you put your peeps on the battlefield at Fort York National Historic Site or amid the hectares of flora and fauna surrounding Todmorden Mills. In addition to green space for outdoor gatherings and festivals, each site offers indoor reception and meeting areas. The terraces and gardens of the lovely Spadina Museum, a stately 1860s mansion, is a favourite wedding setting. There’s also an old inn, the last home of Toronto’s first mayor and a restored schoolhouse, all of which make for unique meeting space.

Modern-day Edge: In a move to make art more accessible to communities outside of the downtown core, a recent funding partnership with the Toronto Arts Council will create an artist-in-residence program at the Scarborough Museum, Gibson House, Montgomery’s Inn, the Zion Schoolhouse, and Todmorden Mills.

Event Bonus: Rental prices for the city’s sites are quite reasonable and often discounted for non-profit events. A striking new visitor centre at Fort York is slated to open this spring offering a theatre plus additional dedicated indoor event space. 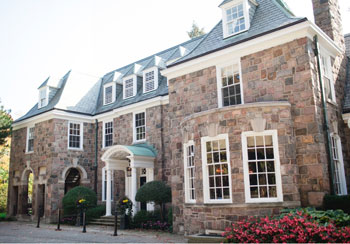 The fieldstone exterior of McLean House, part of the Estates of Sunnybrook 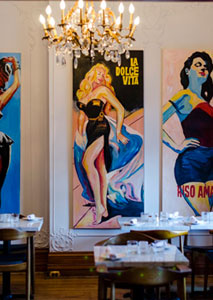 Historical Pedigree: The lovely turreted Romanesque Revival-style red-brick manse at number 504 Jarvis Street, once “the” neighbourhood for the upper class, now houses Italian eatery Osteria dei Ganzi. Built in 1891, it was the residence of George H. Gooderham, a grandson of the Gooderham & Worts distilling empire. Gooderham worked in the family trade and had a major hand in shaping Toronto’s business, political and educational history.

The Setting: Located on the main floor, the restaurant’s focus on good wine and Italian comfort food such as charcuterie boards, pastas and simple meat and fish dishes are in keeping with the intent of an “osteria” – a place for locals to hang out. The beautiful interior retains the building’s original woodwork, crown mouldings, stained glass and chandeliers. Sliding doors divide the L-shaped dining room for space flexibility and privacy, seating 88 total. A solarium bar seats 60.

Modern-day Edge: In carefully restoring the home’s grand design, there were playful, contemporary touches added such as the old Vespa hanging in the bar, colourful 8-ft. Dolce Vita-style murals created by a local artist, and some mod lighting fixtures and furnishings.

Event Bonus: In summer, the massive 200-seat (tentable) wraparound patio, tucked behind the manicured front garden hedge, is ideal for enjoying cocktails. Plans are in the works for a dedicated private event space on the second floor.