The Chatter About Unplugging 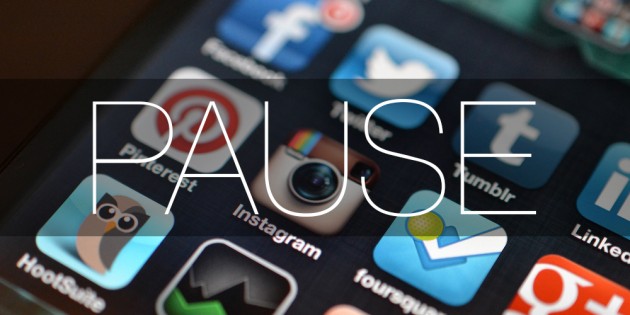 As event producers, we get a front-row seat to industry-leading keynotes. Well, perhaps more accurately, a behind-the-scenes role that puts us in the direct line of some fascinating content.

Lately, we’ve been tracking an interesting subject trend in keynotes with a growing number of presentations at our technology clients’ events containing messaging around the dangers of technology. Topics include “unplugging” from technology, and even the word “addiction” is being used.

Yup, you read that right! In the words of Arianna Huffington during a keynote at a Samsung Developers Conference: “The human operating system needs some downtime.”

At one client’s annual kick-off, keynote speakers promoted the gains they’re making in digital communications, while also acknowledging the addictive power of technology and the toll it takes.

Hands up if the first thing you do when you wake up is reach for your phone at your bedside and check your social media feeds, emails and texts? See, addictive!

We also heard from Ray Kurzweil, who, by the way, called our smart phones “brain extenders.” His brilliant mind came to life in his talk on the power of artificial intelligence (AI). It’s a loaded argument with leading thinkers cautioning against the dangers of AI, while Kurzweil tells us it can only “enhance us.” He pointed out that technology has always had risks and failures, but great minds can overcome them. Not gonna lie it was a little frightening when he delved into nanobot territory, but his main message is that technology will prompt the next evolution of humanity.

Lawrence Levy, author and former CFO of Pixar, provided a behind-the-scenes glimpse of what it was like working alongside Steve Jobs in building Pixar into a powerhouse entertainment conglomerate. (BTW — that’s our stage design in the photo on his website!). One of the most telling parts of his presentation was when he acknowledged the question: “Why did you give it all up?” His answer: “The cost of stress and loneliness was too big. In the end it meant a low level of joy and fun.”

So, what do we do when our technology has become ubiquitous in our lives?

Back to Arianna, who pointed out even concert artists are asking their fans to put down their phones and enjoy the moment. Her Samsung keynote message wound around to: “Manage our technology and we’ll be better humans.” She explained that if we unplug, we’ll free up our minds to think, to be creative, to solve problems, to authentically connect with the people in our lives. It’s no longer about augmented reality, she noted, but “augmented humanity.”

So, who’s up for the challenge? You can start by trying out Arianna’s Thrive app, which will monitor your time on phone apps. Or,  you could simply just put down your device.

Trish has been turning her clients' event vision into reality for 18 years. Known for continually pushing the envelope both strategically and creatively, she has set the bar for helping clients effectively engage with audiences. With more than 25 years in marketing, Trish's career includes a combination of both agency and client experience that proves invaluable when operating in the corporate environment. She has guided clients through some of their most sensitive and high profile programs. Trish applies a thoughtful, unique approach, while embracing new ideas and blending the latest industry trends to all event programs. She has developed event programs for leading corporations such as Avaya, Facebook, Canadian Tire, Dell, D2L, Microsoft, Salesforce and Softchoice. Her event experience crosses the corporate spectrum including the management of large scale conferences, national roadshows, trade show booth design, award galas and C-level customer engagement events. Trish works in conjunction with the client to position the company as forward thinkers and leaders in innovation.