Pomp and Pageantry at the Opening Ceremonies 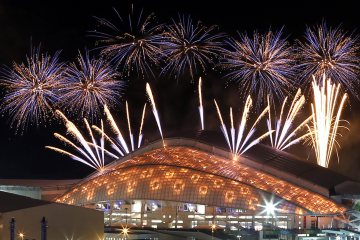 The final firework has fizzled, and the show is over!

The aNd team watched it together and though it wasn’t as long as you would imagine when the ceremony consisted of 18 chapters covering 1,000 years of Russian history with 3000 performances.  Here are a few of our highlights:

My favorite – the shear engineering of “The Building”

The $600 million building designed to house it all is Fisht Stadium. Though Fisht is the primary stadium for the games themselves, its designers—the US-based sports venue architects at Populous and structural engineers at Buro Happold—designed it so that it could offer “studio conditions” for the opening ceremonies. That means the translucent polycarbonate roof will not only give the building an appearance of snowy peaks, ensuring it sits in harmony with the landscape of the Imeretinskaya Valley and the Caucasus Mountains, but this roof can be used as a screen for projections, as well as massive hangars at each end that will be used as staging areas for the thousands of athletes and tons of equipment that must be moved quickly into the arena.

Opening ceremony – the pyro technicians have been rehearsing the fireworks for days.

Fireworks over the Fisht Olympic Stadium at the Olympic Park during a rehearsal of the opening ceremony in Sochi, on Feb. 4, 2014. 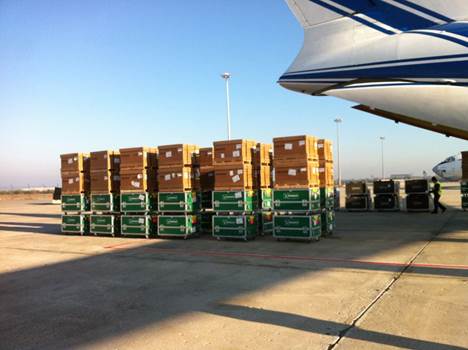 Solotech (a production company in Montreal) lands in Sochi with one of the biggest projection systems in the world.  They are handling the video projections for the 2014 Sochi Olympic Games.  Does anyone see any snow?  This is the 2014 Winter Games!  Known as the Russian Riviera, the Black Sea resort of Sochi is the warmest city ever to host the Winter Olympics.

Canada’s presence at the 2014 also includes Quebec’s world-famous circus act Les 7 Doigts de la Main, a troupe with previous Olympic experience, was involved in a 10-minute performance immediately after the athletes’ entrance into the Stadium.

From Charmaine….our eagle eyes noticed that one snowboard sculpture refused to light up.

From Rachel….wow-worthy special effects – here is her favorite scene 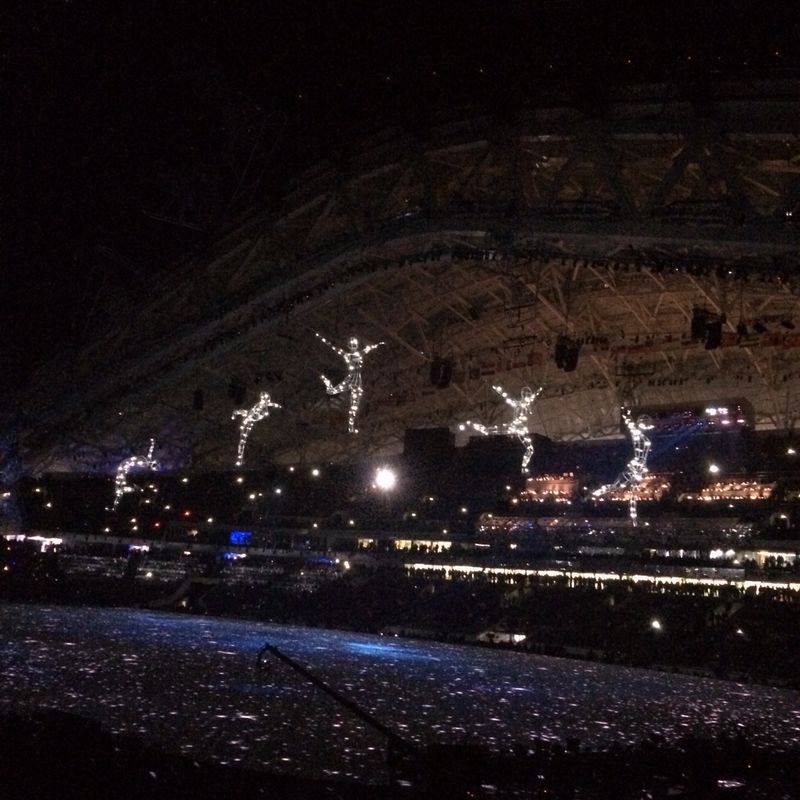 What a great way to exit into the games with the lighting of the Olympic Cauldron into the Musical Firework finale with Tchaikovsky’s Nutcracker.

I loved the constellation of Olympians, and how it represents their stories being written in the stars. (I know, its uber cheesy)

The Olympic stadium grounds were built with great thought and care, that filmed from a bird’s eye view, Sochi looks like an Olympic Nation. 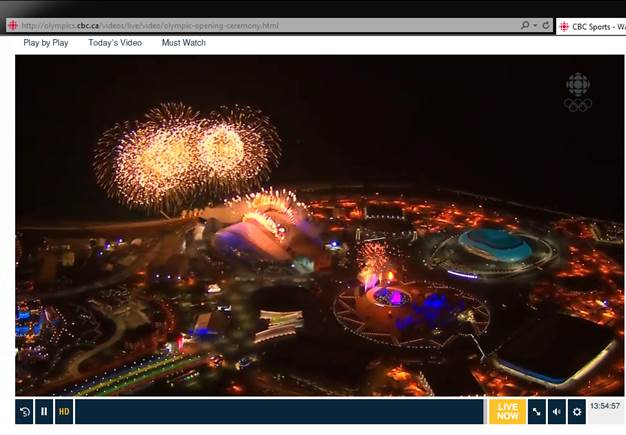 Establishing aNd Logistix Inc in 1993, Dana is known for her energy & often outspoken zeal in attempt to improve the industry for future event planners. She combines a no-nonsense management style with a passion for creating the ultimate WOW for her clients.