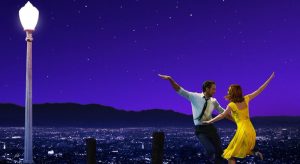 I first heard about La La Land at the Toronto international film festival. A number of my friends work the festival, and the buzz had begun well before it won the People’s Choice award. So as soon as it was released, I knew I needed to see it on the big screen. And when it was nominated for 14 Oscars, that only reinforced the message.

So this weekend I bought myself a swanky VIP pass and watched the film with the grownups. And I loved every single second if it.

This film is going to influence events in a variety of ways. But here are three ideas that stuck with me while viewing this film:

Did you see La La Land yet? How will you use inspiration from it at your next event? Check out this account for a storyboard reflecting my spark of ideas: https://www.pinterest.com/ernutting/la-la-land/ And if you haven’t gone yet, get thee to a theatre!