The Oscars are the biggest party in Hollywood. And while there is tons of inspiration from the dresses and the after parties, I decided to focus on the set. And it was filled with ideas for your next event! 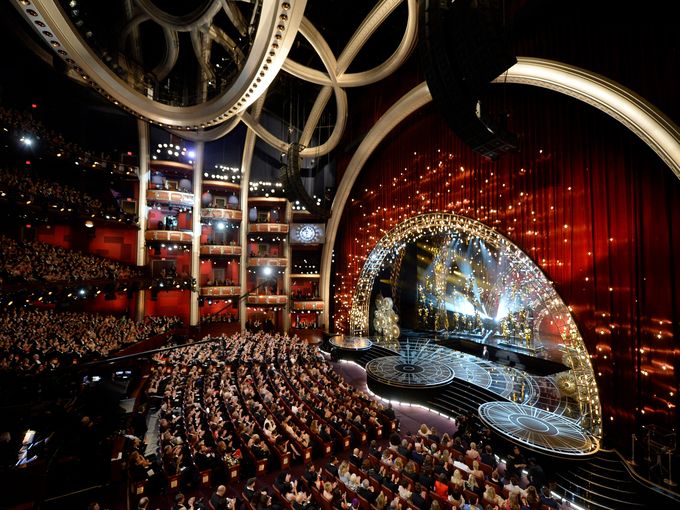 We all knew it was coming. But did we realize just how effective it could be? In addition to the shadow play we’ve seen a number of times, there were moments where I was asking myself if I was seeing a set or video projections. It was that good! Check out the opening number here.

We all know the Oscar statue is a beautiful golden tone. But the set mixed those golds with silvers. And some set pieces, appeared to change tone throughout the evening. At one point, the 5 “birds nests” (the tall set pieces that looked like cages) were gold at the bottom, and silver at the top in a unique ombre effect. It was nearly impossible to find that photo. So instead, I leave you with this (focus on the background people):

I counted as many as three different types of light bulbs on this set. Old school tubular bulbs were hung all over the truss (I’ll get back to that), bulbs in cages were on poles that were places during Tim McGraw’s performance, and then tiny candelabra bulbs came down from the ceiling half way through the show. 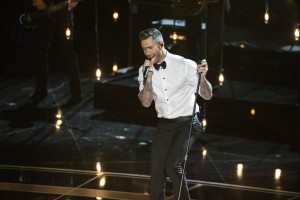 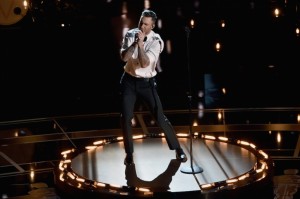 The proscenium of this set was built out of a truss arch. And rather than try to disguise it with ineffective truss socks, this truss was showcased in all of it’s glory. As a matter of fact, light blubs were hung from it, making it glow for the duration of the show. 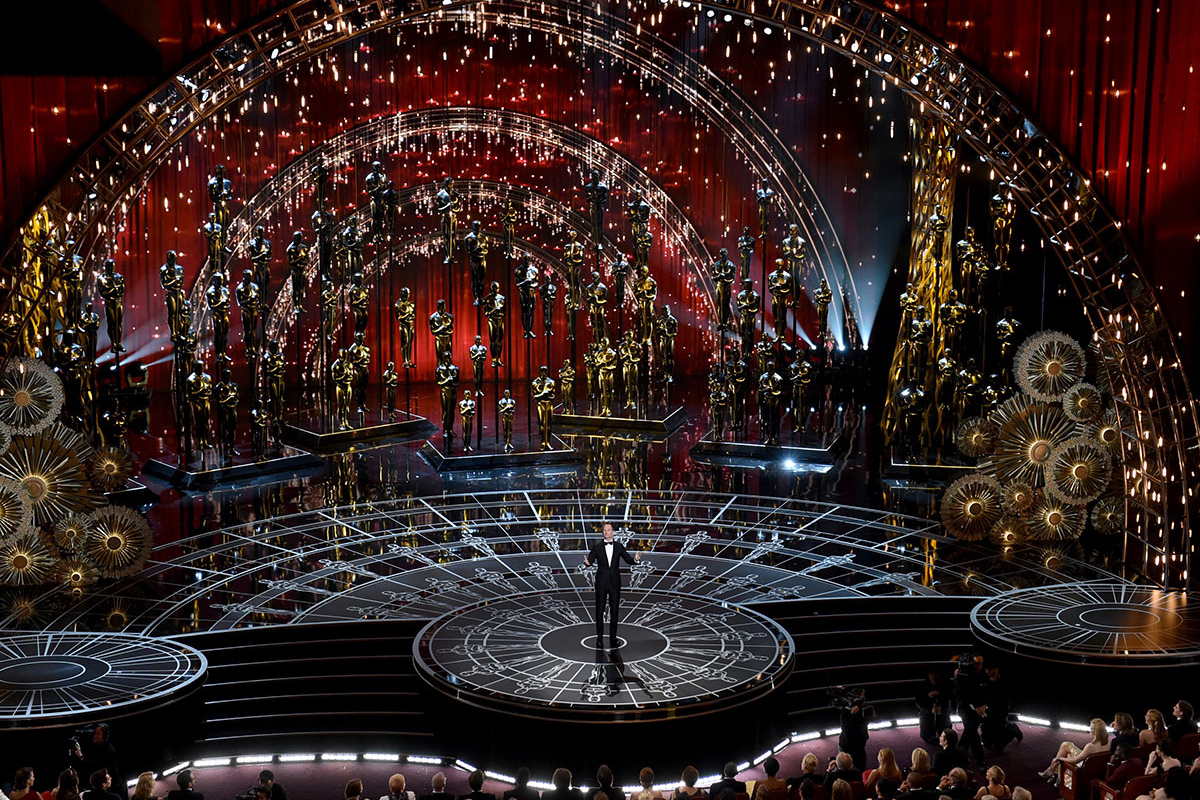 Lasers were used while Rita Ora sang Grateful. And while they appeared to interrupt the camera focus, they looked marvelous onstage.

Did I miss anything? Let us know in the comments below!