Toronto is event central when it comes to galas, conferences, festivals, community happenings and more. A jam-packed city calendar is good news since that means there’s a thriving, talented event industry infrastructure supporting it, making great things happen on every level — corporate, philanthropic and social.

Here’s a look at how five events pulled off their successful 2017 occasions along with the creative ideas and the suppliers who helped them: 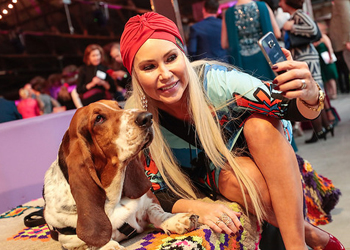 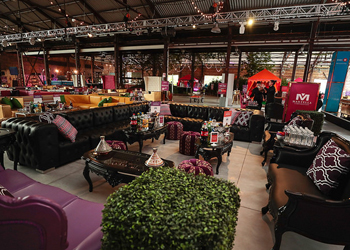 Scrubs In The City

Event: Over 1,100 guests attended SickKids’ Scrubs In The City on June 1, 2017, presented by BMO Financial Group in collaboration with Mantella Corporation. Held at the Evergreen Brick Works, the sold-out evening raised over $650,000.

Theme: The 16th edition of this annual fundraiser transformed the Brick Works into the bright, bustling city of Marrakech, animating the space with rich jewel tones, authentic décor, exotic tastes, vibrant fashions and diverse entertainment. In keeping with all-things Moroccan, guests were encouraged to wear theme-inspired attire resulting in lots of bold colours, bohemian lines and linens for men, and trendy, eye-catching prints for women. A pair of camels greeted guests upon arrival courtesy of Mantella Corporation, and BMO hosted a 360° photo booth.

Vendors of Note: On-site décor and photo opportunities were aplenty including a beautiful mosaic archway provided by Visions Display, authentic Moroccan textiles and rugs from Mellah, lanterns and tagines from Palmyra Design and a Moroccan-inspired menu by Toben Food By Design along with a showcase of local restaurants Sultan’s Tent and Byblos. Entertainment (think bongo drummers, belly dancers, stilt dancers and fire buskers) by Sole Power Productions.

Nailed It!: This year’s online presence expanded via social-media sensation Dean the Basset. Aligning with the celebrity pooch exposed the organization to a new audience and offered an additional engagement opportunity for onsite guests to take a selfie with Dean, tag #skscrubs and be entered to win two tickets to next year’s event.

Planning Insight: “Scrubs in the City simply would not be the event it is today without the support of a highly effective and hard-working committee. Nurturing the relationship we have with our committee is of the utmost importance to us, and is a vital part of our planning process. Ensuring committee members feel valued, thanked and an important part of the planning process is a key factor to the success of any type of event.” Nancy Jordan, Associate Director, Signature Events, SickKids Foundation 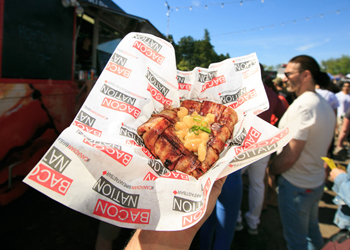 Theme: The free-admission festival is a delicious tribute to a comfort-food favourite with outrageously inventive, crowd-pleasing takes on mac and cheese. With a street-party like atmosphere, the Toronto edition featured over 50 vendors including food trucks and local restaurants who competed for various awards including a $5,000 chef’s challenge. There were also craft breweries and wineries along with a cheese market. This year’s event added a Kid’s Village area filled with family-friendly activities and games.

Vendors of Note: Among the many food vendors were Junked Food Co., Bacon Nation, Bombay Street Food and Soco Kitchen + Bar. Pop-up tents were supplied by Outlet Tags Canopy and banners by Print 3. The Kid’s Village, organized by Entertain Kids on a Dime, included a petting zoo from Reptilia, photo ops with knights from Medieval Times, LEGO® building by Bricks 4 Kidz® and carnival games from A to Z Fun Rentals.

Nailed It! Smart move including family activities which helped the festival expand into a new attendee demographic. The event also moved to an online system for pre-registering for free admission tickets. The system collects data for marketing purposes and provides an accurate sense of attendee numbers for better planning.

Planning Insight: “The more niche focused an event is, the better. Also, don’t under anticipate anything. Be mentally prepared for something going wrong. Stay calm, cool and collected. Don’t lay blame; just handle it. Plus make sure you surround yourself with staff who can do the same.” Philip Suos, Festival owner and director, Black Diamond Mac and Cheese Festival 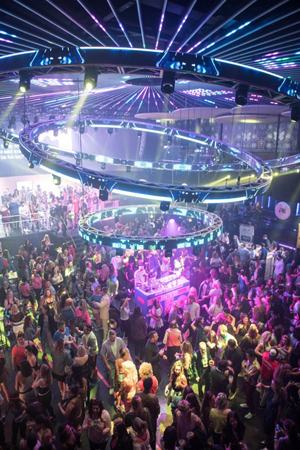 Event: The Boobyball Toronto turned sweet 16 on Oct. 13, 2017 with 2,000 attendees at Rebel. Toronto is the kick-off city for the annual October fundraising event for Rethink Breast Cancer. This year the event officially extended coast to coast by adding Vancouver and Halifax to its regular Calgary and Ottawa stops. Total raised: $400,00.

Nailed It!: The “Get Physical” theme was a hit with the under ’40s crowd who absolutely loves retro-throwbacks. It also underscored the message that physical activity can help reduce a woman’s lifetime risk of developing breast cancer and aid in recovery.

Planning Insight: “As a non-profit, we are on a budget especially when it comes to décor. We do a lot of DIY plus invest in props that have longevity, like our giant marquee B (for Boobyball) that we rewrap for each event theme. Hosting five events in three weeks can get a bit crazy so we template a theme as much as possible and ship whatever props and material we can to each event and then let their volunteer committees put their own spin on things.” Alexandra Blasioli, Manager, Events, Rethink Breast Cancer 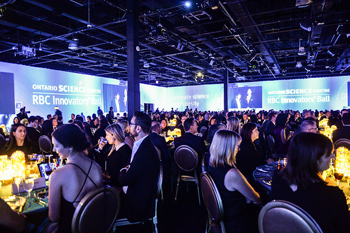 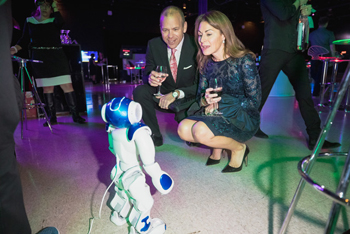 Theme: This year celebrated a science-and-curiosity theme featuring Ted-style talks from three remarkable Canadian visionaries on how artificial intelligence and technology is transforming different forms of healthcare. A progressive event, guests checked in at the Centre’s Hot Zone before moving to a cocktail reception in the Rock Paper Science Hall where they could watch robots in action and don virtual reality goggles to experience cool sponsor activations. Dinner was in the temporary exhibit hall, wrapped floor-to-ceiling with screens that immersed guests in event and presentation content as well as real-time auction bidding. Fun were the giant flashing LED rings awarded for on-site pledges during the Adopt-a-Class donation challenge that raised nearly $119,000.

Vendors of Note: Event design was by McNabb Roick Events with creative wall-screen content by digital video and new media firm The Mustard Shop. Westbury National provided the audio-visual and catering was by L-eat Catering. Givergy was the event’s new fundraising technology partner. The cocktail reception was DJ’d by Alexandria.

Nailed It!: The addition of a new eAuction with 12 unique science-themed prize packages was tremendously successful, raising over $82,000. Exclusive experiences included a private dinner for eight with astronaut Commander Chris Hadfield. Using an electronic platform allowed both guests and non-attendees to place bids.

Planning Insight: “It’s all about connections. Our volunteer event committee is very passionate about the Science Centre and innovation. Early on in the planning process we reached out to include industries that were not covered in our current committee’s complement. By doing so we opened up new channels through which to promote our event’s information and prospects.” Jennifer Adams, Director, Development & Partnerships, Ontario Science Centre 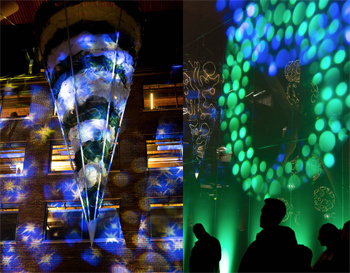 Theme: The free two-hour event immersed guests in a wonderland of breathtaking décor, entertainment and food that delivered on every sensory level. Carollers, a 45-piece choir, handbell ringers and snowflake bubbles helped guests enjoy the ambience of the distinctive space while waiting for the ceremonious lighting of a stunning 26-ft upside-down Christmas tree suspended from the atrium’s 70-ft. ceiling. A parade of 100 volunteers holding glowing candles descended down the atrium’s staircase to the tune of Little Drummer Boy signalling the moment of the tree lighting.

Nailed It!: The audible oohs-and-awes of the audience at the moment the inverted Christmas tree lit up was a testament to the perfectly timed flow of entertainment that built event momentum and anticipation among the crowd.

Planning Insight: “Communication is crucial. Everyone, from operations to marketing, needs to be on the same event-planning page, with tasks delegated and expectations set and tracked at weekly meetings. We also had to be innovative in spreading the word since both the event and venue are new. Along with invites going out to friends, family, businesses and neighbours, we stationed carollers on the corner handing out invites in the two weeks prior to the event.” Zoe Van Empel, Sales Manager, Ricarda’s Events & Catering