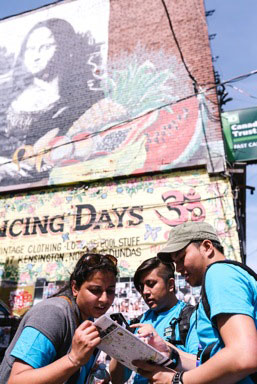 As one of the most accessible cities in the world, Toronto makes for easy DIY sightseeing. However, a couple hours with a knowledgeable tour guide reveals the city’s true dynamic personality through its rich history, colourful stories, fascinating facts, and off-the-beaten-track sights.

TSEvents e-news rounded up the following unique ways to get to know Toronto:

Urban Expeditions specializes in small group tours immersing a maximum of six participants in a four-hour experiential snapshot of the city’s green spaces, arts and culture, and unique pedestrian perspectives. Offered year-round, tours include refreshments, SUV transportation and guide. From April to October, put groups into hands-on discovery mode with the company’s Unlock The City. An Amazing Race-like experience, the option brings teamwork and strategy into play as up to 30 teams of three navigate the city on foot guided by game-day clues and images to discover and post correct information online. Collect the most points in the least amount of time for the win of amazing prizes!

Hop on a Segway, an electric two-wheeled upright personal vehicle, for a zip along the Distillery District’s cobblestone streets. Segway Ontario, in its 11th year, offers regular and customizable tours year-round. Engaging, affable guides share the Gooderham & Worts’s boozy prohibition history and highlight the distillery’s post-and-beam architecture with great knowledge and story-telling wit. Roll on up to yummy tasting pit stops at food and beverage specialists such as Soma Chocolate and Mill St. Brewery, or build tours around events held at the many on-site venues. Tack on a teambuilding Segway relay or obstacle course challenge. Walking tour options also available. 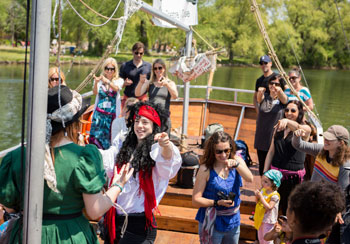 Yes, indeed, that is a pirate ship you spy lurking around the Toronto Islands. Moored at Centre Island, Pirate Life’s inaugural experiential theatre-touring season (May to October) is now underway. Cruising the Toronto Island lagoons and inner harbour, the 45-ft. Spanish galleon replica is a kid magnet for sure. Complete with water cannons and costumed jolly-roger crew, the ship is perfect for families (think corporate picnic). For an older swashbuckling crowd, include a customizable dramatic arts teambuilding workshop. In addition to 1.5-hour tours, the ship is rentable by the hour for private events with catering available. Bring your own pirate gear or pillage the on-board wardrobe. Eye patches optional. 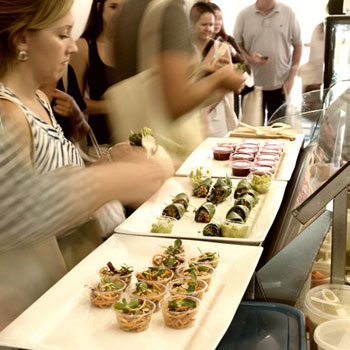 Taste your way through the city with Steve Hellmann and Gloria Czomko, co-founders of Foodies on Foot, and their merry band of good-food seeking guides. With connections at over 200 locations across the province, from specialty food stores to fine dining, the company customizes culinary experiences to budget, location, food types and event themes. Hitting the streets by foot, TTC or private transport, groups spend about four hours exploring the city through food, visiting 5-6 locations for tastings in two to three neighbourhoods. New this year is Street Art & Street Food, where a tour of Toronto’s Graffiti Alley is integrated with street food. The company can also custom coordinate cooking classes, pop-up dining, supper clubs and catering in partnership with their executive chef. 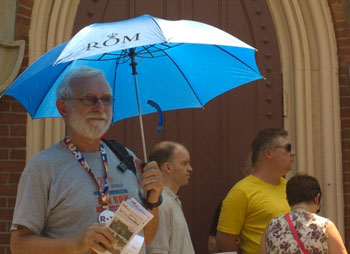 Follow the umbrella-toting leader, a volunteer historian, for ROM Walks around city neighbourhoods. The free public tours offer two-hour guided walks of Toronto’s many architectural and historic areas. Ten destinations are in focus this season including Rosedale and Wychwood Park. Private group walks can also be arranged with a choice of 25 tours at $10 per person for a minimum of 10 participants. ROMbus expeditions are also available to transport groups on museum themed-day trips to sites in Toronto and surrounding areas. Led by a ROM curator, trips include a day jaunt to the historic town of Creemore.

Taking It To The Street 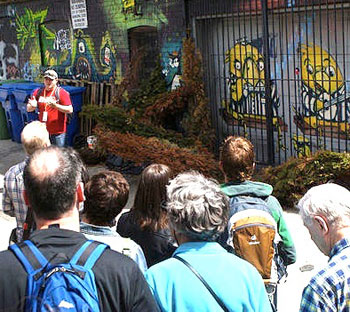 Billing themselves as engaging, entertaining and experts in all things Toronto, the Tour Guys offer a schedule of free public and affordable year-round private walking tours highlighting Toronto’s street art, ghosts, music scene and history. Its sister company, Toronto Urban Adventures operates from March to November with small group walking tours themed around experiences such as the city’s connection to beer and booze with pub stops for craft beer tastings, a bacon-centric tour with samplings that support the moniker Hogtown, and vibrant neighbourhoods such as Kensington Market and Chinatown. 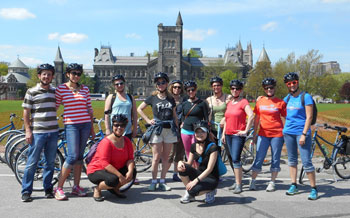 Toronto Bicycle Tours puts groups on wheels year-round for two-hour to half-day excursions around the city, be it a leisurely pedal around neighbourhoods, or hard core trail riding along bike paths and forested trails. An eco-friendly way to connect people with Toronto, bike tours from two to 60-plus riders, are custom-designed for an excellent cross-section of the city’s vistas including the Toronto Islands. Guides offer up plenty of conversation and trivia around landmarks and neighbourhoods. Helmets and lightweight aluminum hybrid bikes are supplied. Snacks and water are also included. 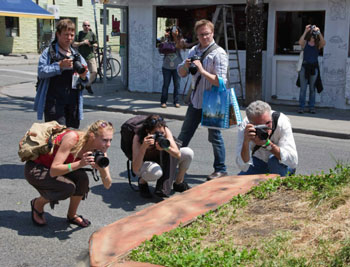 Cameras and sightseeing go hand in hand which is why professional photographer and teacher David Goorevitch designed his Toronto For Photographers tour stops around best time of day for shooting with optimal light, reflections and shadows. The company offers 12 distinctive themed tours based on photo opportunities to capture colour, architecture, people and landscapes including funky Queen Street West, city art, neighbourhoods and old-town Toronto. Tours not only document Toronto’s photogenic sights but also make for an educational two-hour photography class with hands-on expertise to help with technical and compositional questions and suggestions.