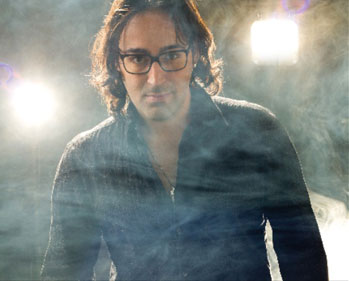 Customizable for length (45 to 90 minutes) and audience (from corporate to family fun), D’Urzo specializes in unique twists on the classic smoke and mirrors, such as metamorphosis illusions that include making audience members (or CEOs) disappear and reappear in unusual locations. Being named 2014 Canadian Entertainer of the Year by the event industry is a long way from the day a pre-teen D’Urzo spent his last couple dollars on a trick card deck from a fairground booth. 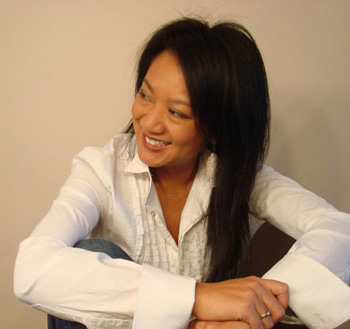 Magic runs in Julie Eng’s blood. That was a given from a month-old, when her magician father began pulling her out of a hat in his performances. Being a woman in the field — a magicienne – is a novelty. Being the “gentler gender” is also Eng’s magic key to her ice-breaking ease of igniting conversation while entertaining during her signature sleight-of-hand strolling magic. 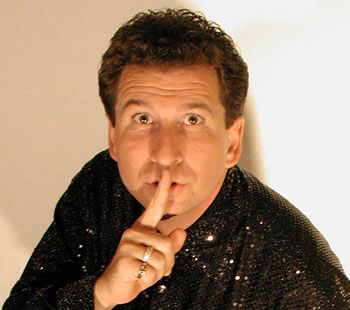 “I think I can do it,” is the underlying positive-attitude mantra of The Incredible Boris aka hypnotist extraordinaire Boris Cherniak. People love to witness the power of suggestion in action, as audience volunteers fall under hypnotic spell to be willing participants in hilarious skits, unveiling hidden talents, and running gags.

“My shows empower people; not make a fool of them,” says Cherniak, a regular on Hollywood’s show circuit and headed to his second Ted Talks appearance this November. As a comedic facilitator, Cherniak writes his own material, customizing to purpose, which includes designing engaging teambuilding sessions.

Handcuffs, padlocks and straightjackets figure large in Scott Hammell’s Houdini-eseque trunk of tricks. The escapologist is a four-time Guinness World Record holder of some pretty high-flying adventures including a hot-air balloon escape at 7,200 ft while suspended upside down, in chains.

Hammell’s straight man shtick, with slicked back hair, horn-rim glasses and nerdy suits is fun and endearing and the perfect juxtaposition to his edgy sense of humour and dangerous derring-do. Along with customizable stage shows, Hammell loves speaking gigs where he interweave stunts and an inside perspective of how what he does aligns with life and business skills.